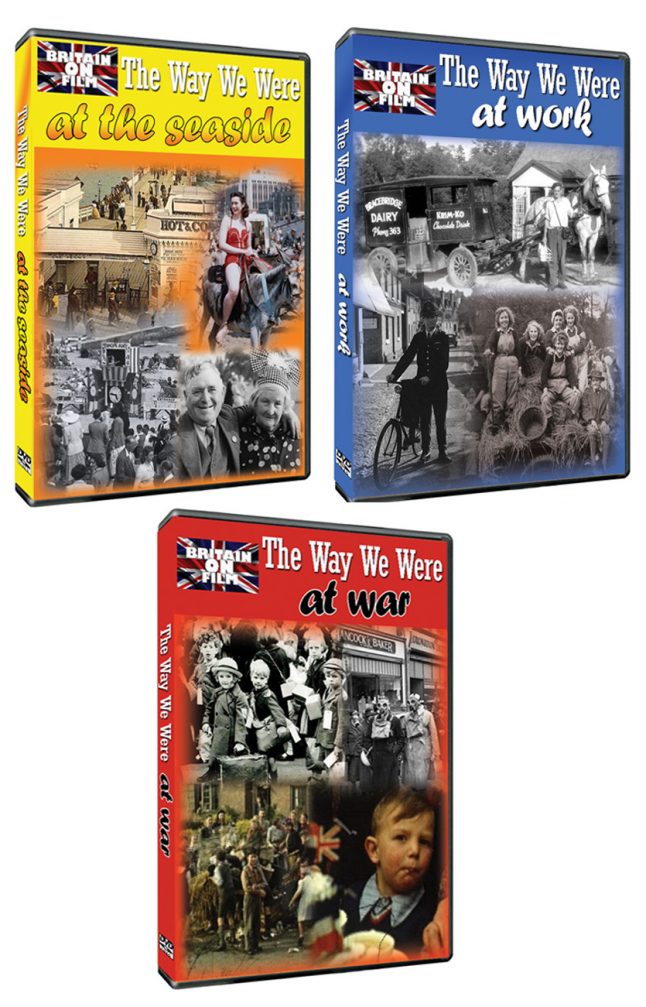 Special Offer – ‘The Nostalgia Series’ – buy all 3 titles together

The Nostalgia Series from Britain on Film (Usually £13.50 each)

The Way We Were At the Seaside

A nostalgic look back at the good old British seaside holiday, from the early 20th century, when bathing machines were still required to preserve modesty, to the carefree, bucket and spade, Punch and Judy, donkey-ride days of the 1950s.

The Way We Were At Work

A fascinating look back at different aspects of working lives in times gone by. See harvest time in Essex in the 1930s; women at work in WW2; the job of a British Bobby in the 1940s; life on a working narrow boat in the 1950s; a day in the life of a Staffordshire miner; behind the scenes at Covent Garden Market in the 1960s; and the role of a Yeoman Warder at the Tower of London in the 1960s.

The Way We Were At War