Shrewsbury The Way We Were

With a combination of cine-film and the archives of the Shrewsbury Chronicle, this superb DVD paints a fascinating picture of life in old Shrewsbury.

This superb DVD combines unique old film of Shrewsbury with reports from the Shrewsbury Chronicle over the decades to paint a fascinating picture of life in the town from the 1930s to 1960s.

During the Second World War, Shrewsbury took evacuees from Liverpool but not all the newcomers appreciated their new surroundings, according to this report in the Chronicle ‘A considerable number have returned to their homes, they expected there would be trams or frequent bus services and a common grievance seemed to be the lack of fish and chip shops.’

Among the other notable events captured on film and on the pages of the Shrewsbury Chronicle were the building of the Granada Theatre in 1934, the 1953 Coronation celebrations, the visit of the Queen in 1967, the floods of 1947, and many scenes of Shrewsbury folk going about their everyday business. 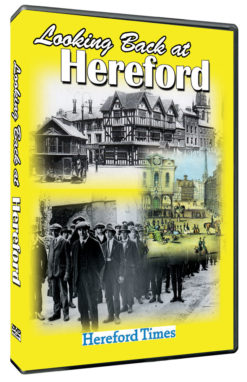 Looking back at Hereford 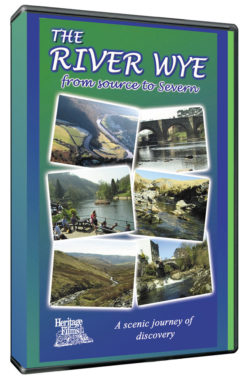 The River Wye from source to Severn