Looking back at Bedford

With a fascinating collection of rare cine film, old photos and the archives of the Bedfordshire Times & Citizen, this superb DVD takes an informative and entertaining look back at bygone Bedford.

With a fascinating collection of rare cine film, old photos and the archives of the Bedfordshire Times & Citizen, this superb DVD takes an informative and entertaining look back at bygone Bedford.

Among the many events captured on film are the Bedford Regatta of 1912, the gathering of the Oakley Hunt on St Peters Green in 1923, the visit of the Prince of Wales in 1933, the celebrations for the coronation of George V in 1937, and many scenes of the town in the 50’s and 60’s that will bring memories flooding back for anyone who remembers the Bedford of old.These occasions are brought to life with reports of the time from the archives of the Bedfordshire Times.

The DVD also takes us back to the days when the Ouse was a thriving trade route and the Bedford Times stagecoach thundered over Town Bridge. It recalls the celebrations that marked the arrival of the railway and the formal opening of Mill Meadows Recreation Ground, and provides an intriguing snapshot of the life in the early 20th century.

It looks back at Bedford in the Second World War when the town provided a safe haven for evacuees, when the arrival of American forces livened up the local night-life and the legendary Glenn Miller played at the Corn Exchange.

Finally, it looks at the wide-scale changes that took place in the 50’s and 60’s including the struggle of the Italian community to build a new life in Bedford.

Be the first to review “Looking back at Bedford” Cancel reply 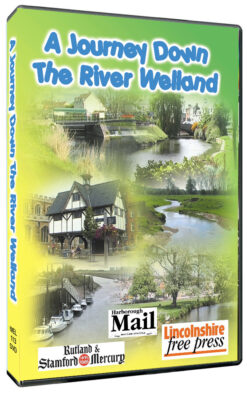 A journey down the River Welland

The Story of the Fens 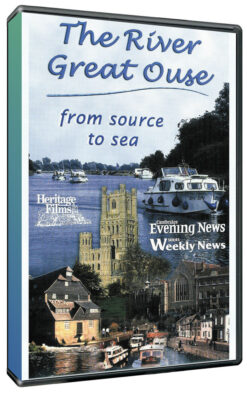 The River Great Ouse: From Source to Sea 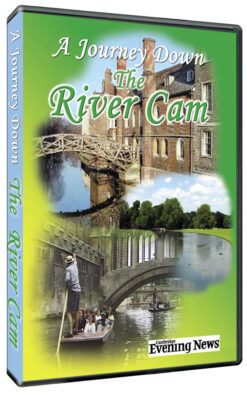 A Journey Down The River Cam