As a boy I remember clearly happy family holidays spent in Cornwall.

After my father bought his first car, we were suddenly able to venture further afield than our usual train ride for a week in Weston Super Mare.

As much as I loved Weston Super Mare, through my young eyes, Cornwall was a magical place, a world away from the Birmingham council estate I grew up on, its rugged cliffs and hidden coves offering the chance for previously unimagined adventures.

Many years later, in my role as a documentary film-maker, I acquired some random pieces of old film of Cornwall dating from the 1930s to the 1960s. I was intrigued to see the places I recalled from my childhood holidays as they were even before I set foot in them. Equally intriguing was the fact that most of them had hardly changed; the dress of the people was different of course, as were the vehicles they drove, and it was amusing to see men in deckchairs on the beach wearing collars and ties, but essentially, the Cornwall of old was the Cornwall of my childhood, which, for me, encapsulates the timeless beauty of the place.

I realised that others with fond memories of Cornwall might also be interested in the footage and set about compiling it into one film. The result was Cornwall on Film, not particularly imaginative I know, but it does what it says on the tin.

The Western Morning news kindly let me use stories from their archives to paint a unique picture of life in Cornwall in times gone by, which are read by the inimitable Howard Ellison. I also included some old photos of Cornwall to fill in the gaps where necessary, and even managed to sneak in some of my own footage of the Helston Furry Dance and the Padstow Obby Oss celebrations. I was though, slightly alarmed to realise that my early work is slipping into the realm of archive footage – Tempus definitely Fugits.

Finally, I must tell you that some of the footage isn’t brilliant quality – after all, it is nearly 90 years old and was shot by amateurs – however I think the subject matter is worthy of inclusion.

I hope you enjoy watching it.

One thought on “Cornwall on Film” 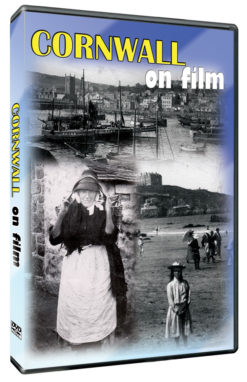